Buki Yuushuu LLC – Martial Arts Weapons Manufacturer, is proud to announce their collaboration with their friend, Grand Master Jose Torres – Publisher. Jose Torres is launching his brand new periodical, “Action Martial Arts Magazine.” The Magazine has just gone live and set to have several launch parties. The first launch party will be on May 25th, 2019, at the Sheraton Hotel & Resort, 2 Convention Blvd, Atlantic City, NJ 08401. Tickets are available at http://www.actionmamagazine.com/ and are expected to become a big hit with fans of the Martial Arts Community as a Whole.

More information on the magazine can be found here: Action Martial Arts Magazine. 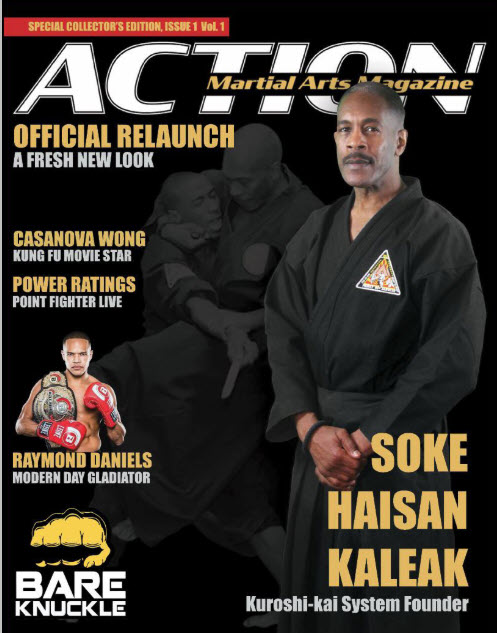 This issue is the Special Collector’s Edition – Spring 2019 Magazine Torres has published. The magazine was written with the aim in mind to “continue to serve as a place to honor the legends of the martial arts realm as well as give a platform to feature the new and upcoming stars,” as quoted by Jose. There’s also particular excitement about this launch because this long-awaited re-launch has been received with great enthusiasm throughout the martial arts community.

Action Martial Arts Magazine sets its primary focus: “This day and age, we need to not only speak of the virtues of our martial arts predecessors but live by their code. Martial Arts should not be thought of as a single training session, but actually as a Way of Life.” Readers will likely find a particular interest in both learning about the Legends of our sport and the new up and coming Martial Artists. The newly created magazine has been launched by a team of experts, Alan Goldberg, Guy Larke Jr., Brian Moragne, Gary Grant and Action Martial Arts Magazine is being released by Jose Torres.

Jose Torres has a background in Martial Arts with decades of experience and mentorship. This helped shape the creation of the periodical by filling the need for content reporting of our Martial Arts community both past and present.

When asked about why they published the magazine, Torres said: “This has truly been a dream come true. We are excited to bring to you the readers, the supporters, and martial arts enthusiasts the Official 2019 Spring Re-launch Edition of Action Martial Arts Magazine.”

Torres has hopes that the Magazine will fill the current need of an upbeat and modern Martial Arts Magazine that Martial Artists and enthusiasts can genuinely enjoy. This positive outlook from the publisher is indeed a testament to their optimism considering some of the mishaps during its creation. At one point Torres explained that the new found enlightenment and pressures placed on a new publisher took him a bit by surprise.

In a recent interview with the President of Buki Yuushuu LLC, Manny DeCastro, we asked his thoughts on the new venture. DeCastro stated, “It’s been a long time coming, a fresh look at our industry in a positive and creative way. I look forward to helping Jose in any way he sees fit in moving the magazine forward.”

Those interested in learning more about the Buki Yuushuu can visit here: https://bukiyuushuu.net.